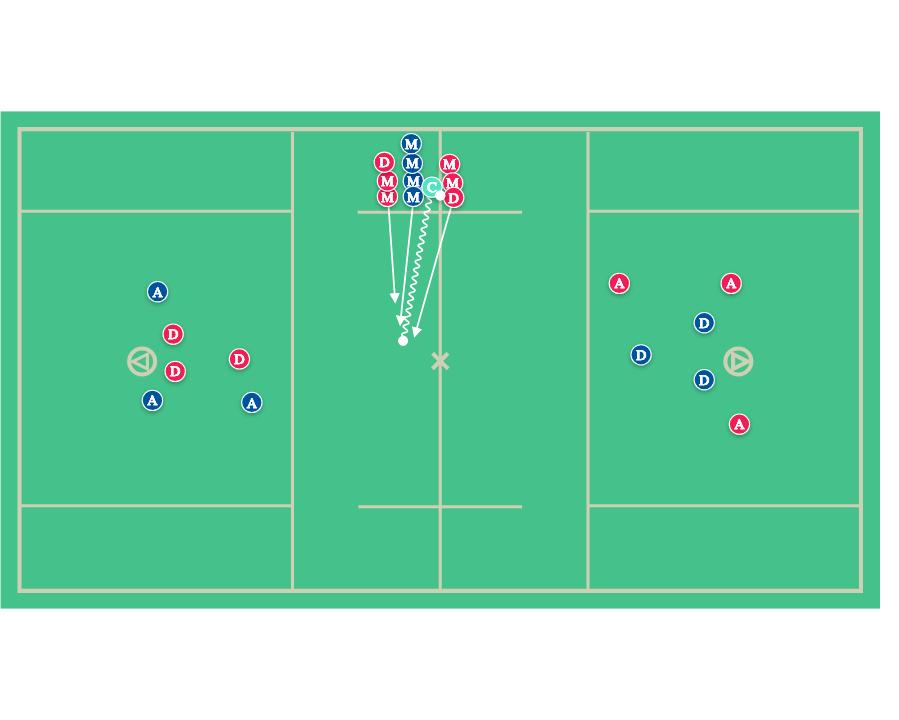 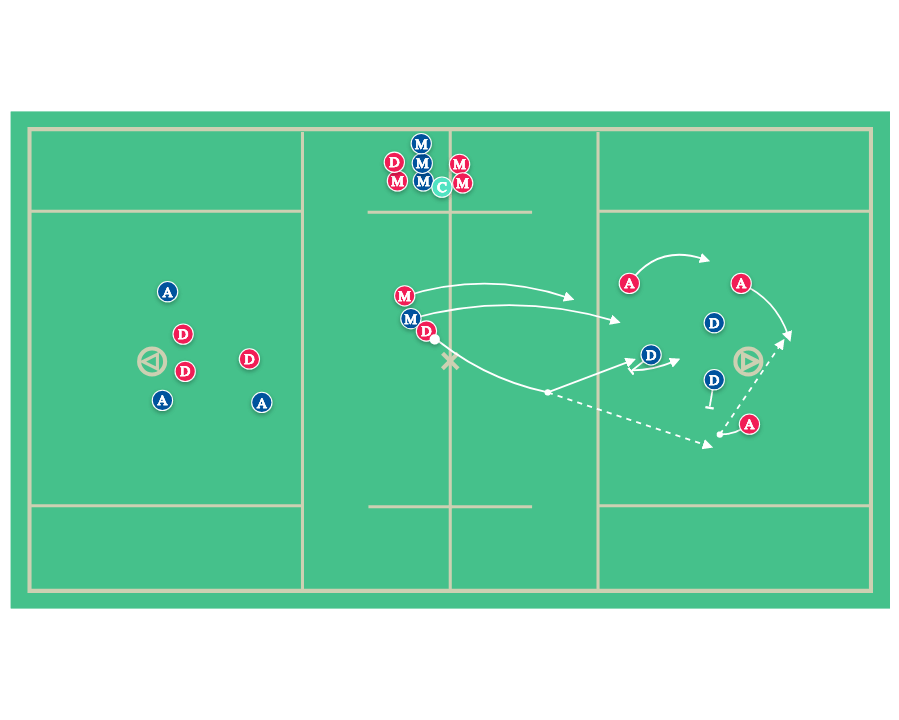 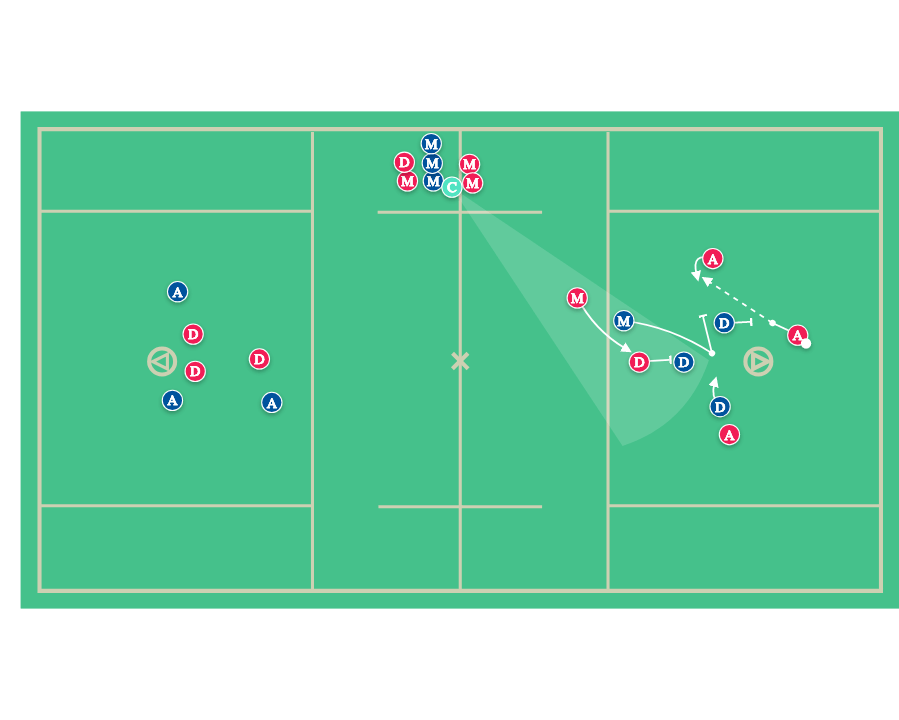 One at a time, start with a split dodge on the cone at the faceoff X in direction of adjacent cone.

At second cone, roll-dodge and open up toward last cone on opposite hashmarks.

Finish with a split dodge on the 3rd cone, and continue around the outside of the cone just inside the box, simulating an alley-dodge and shot on the run. (Shot should come at final cone, or no more than 4 steps after reaching it.

Focus should be on fundamentals of dodging footwork - exploding out of split dodge, & opening hips up down-field on roll dodge 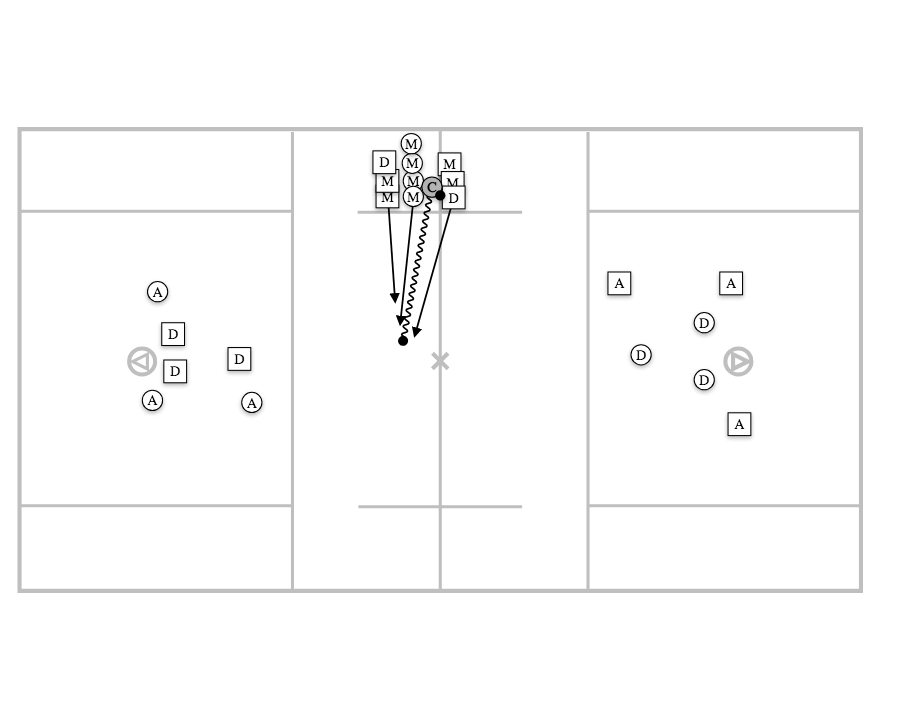 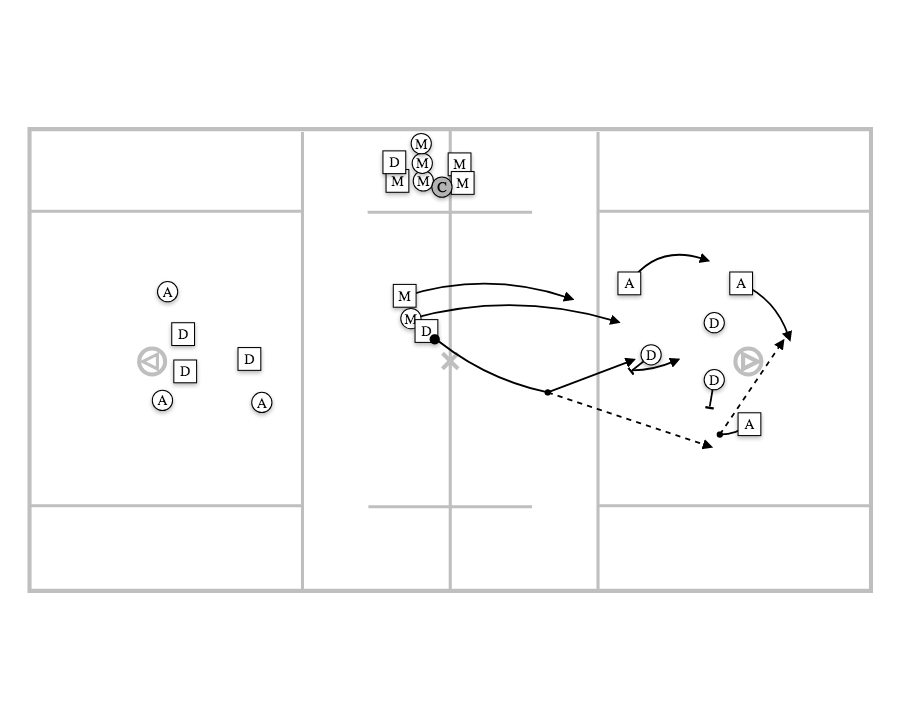 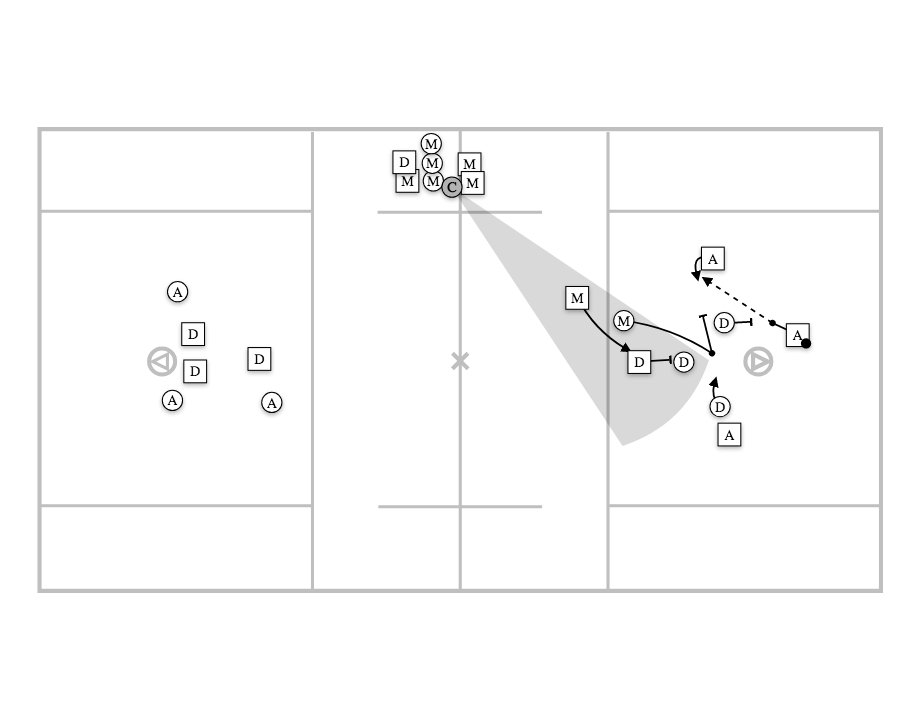