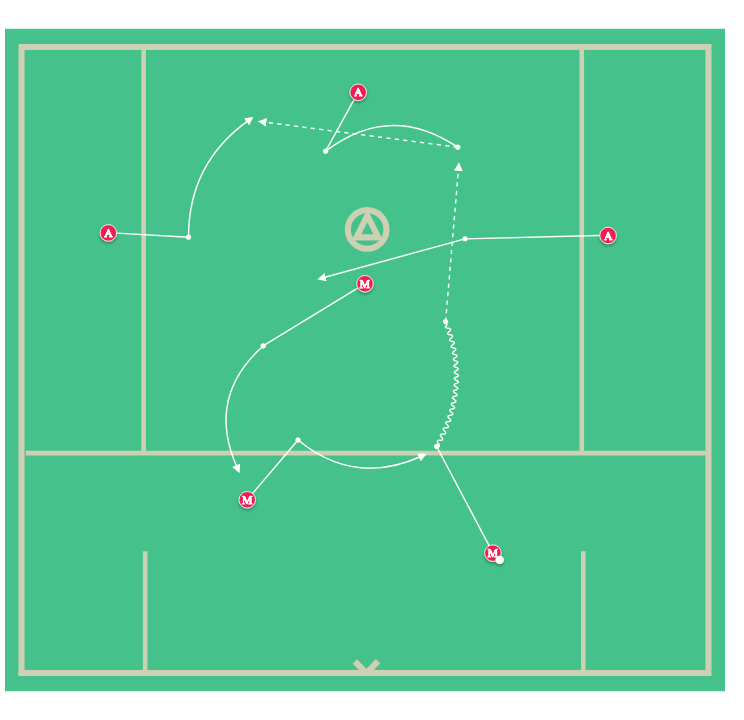 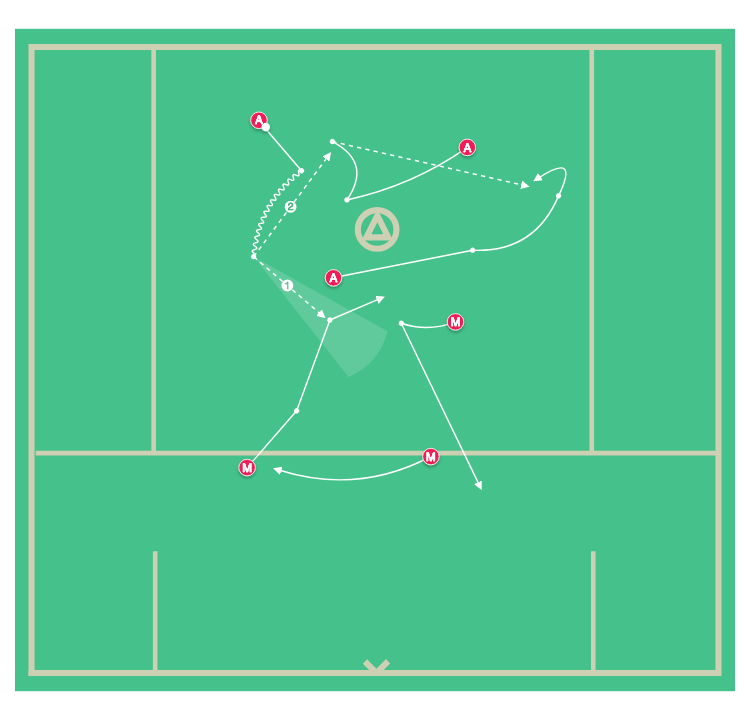 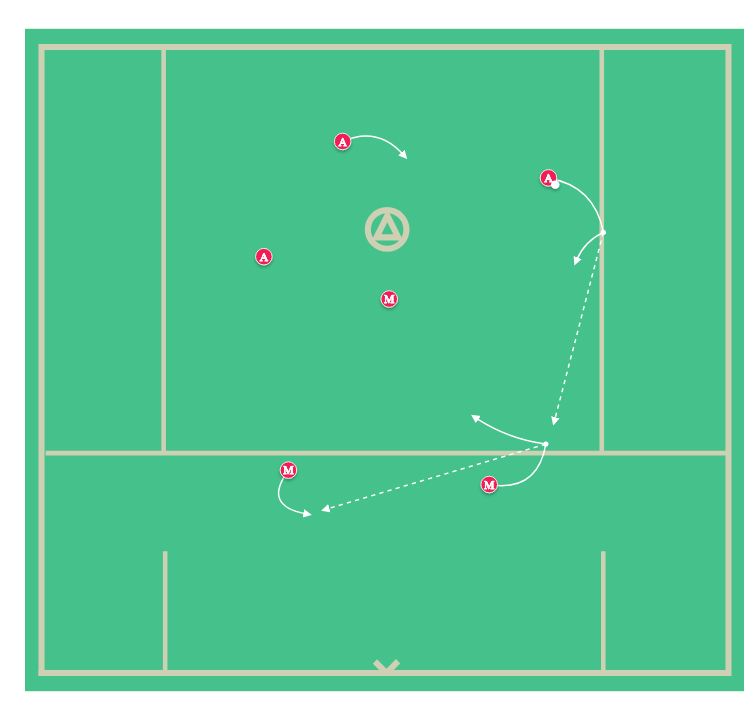 Dodge from the top. Dodger will push the on ball wing down, below GLE. The X Attackman will drift away from the wing that's being pushed. Low crease will set an off ball pick for the cutting off ball wing. The high crease will pop to fill for the dodger. The looks, in order, are as follows: 1) Dodger shoots, hands are free. 2) Inside look, cutting wing. 3) No shot look, push the ball forward, to the wing. 4) All else fails, roll back, move the ball to the popping fill.

If, at the end of the beginning motion, we were unable to generate a shot or push the ball to the wing and instead were forced to roll back and move the ball to the popping fill ( then follow his pass ), the filling middie will look to swing the ball to the popping crease attackman. Following his pass, he creates the opportunity for a give and go. Think pull. Three man rotations with the ball ( motion ) pulling the players behind it (eg, as the original dodging middie punches toward the sideline, the crease attackman is pulled behind him, drifting toward X, When the wing attackman pops for the ball, he pulls the X attackman into the wing behind him.

If neither of these generate a goal, we end the motion back in our 1-4-1. 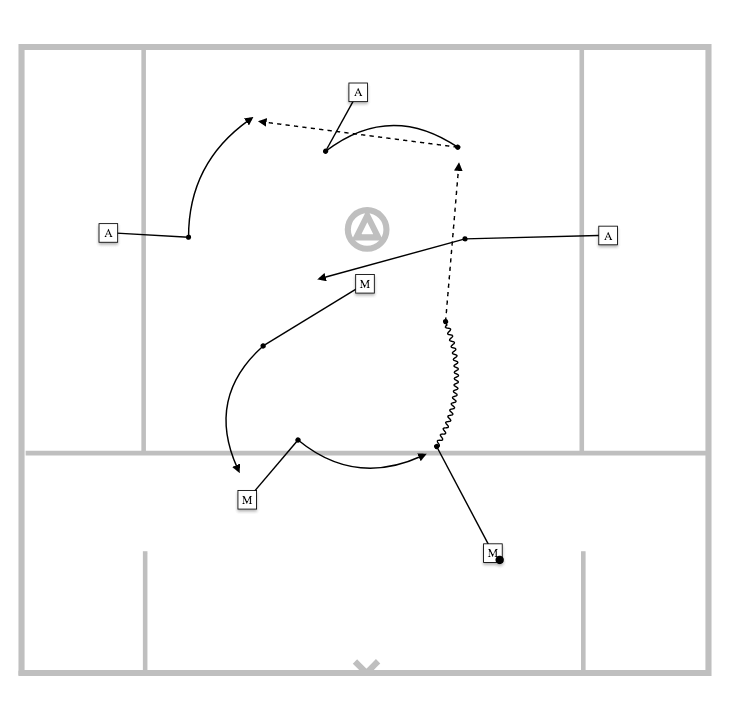 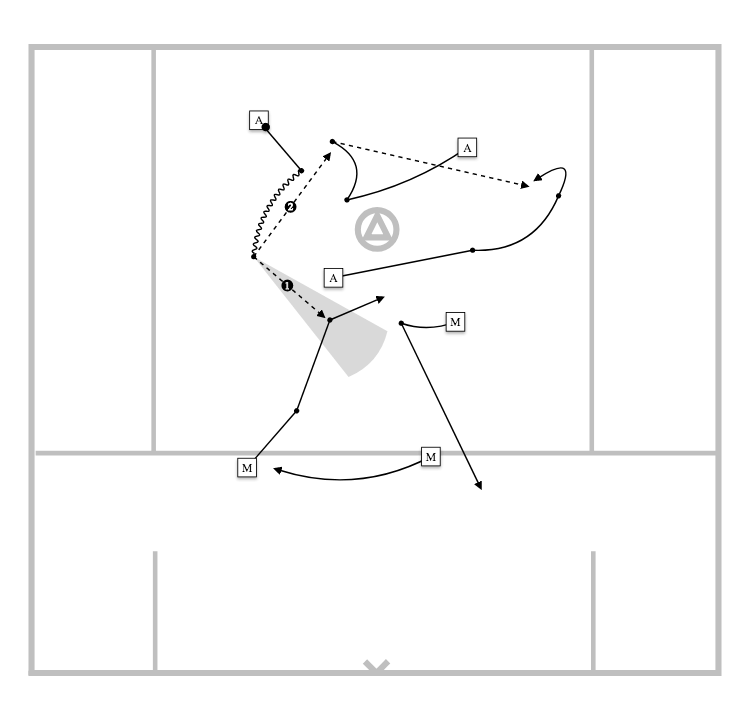 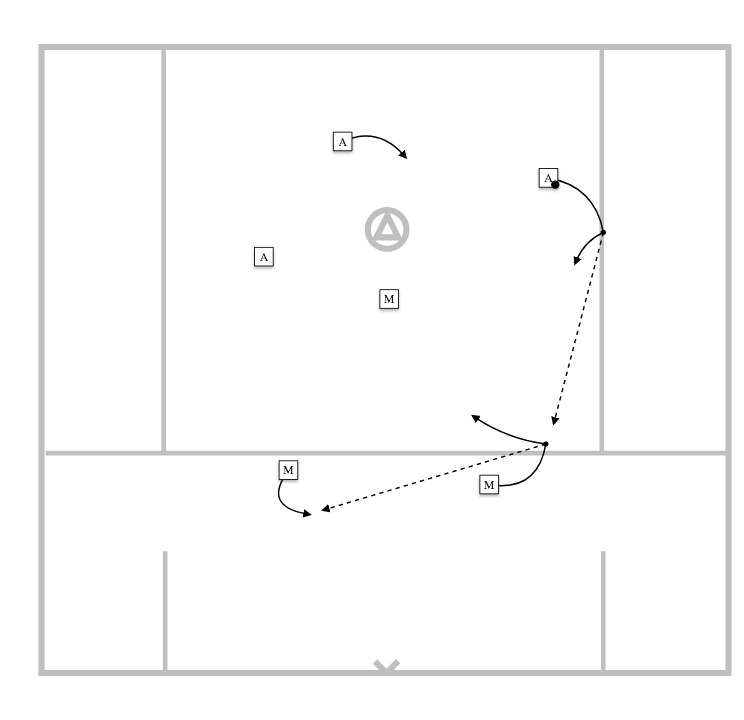